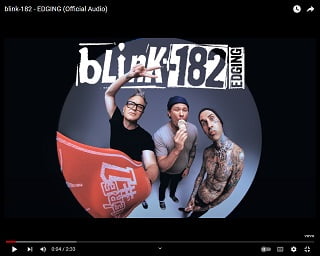 Now that Blink-182 has announced that the original lineup is back together, Tom DeLonge wanted to clear one thing up. In an Instagram post, DeLonge shared a message he sent to Matt Skiba, who filled in for him and became an official member of the band in 2015.

Tom said he sent the message to Skiba privately but wanted to share it with the public because “it’s important for the world to know that I honor him.” The note says that “the band would not even be here today if it were not for your ability to jump in and save the day.” The new single from the newly-reformed Blink-182, “Edging,” is out today.

The post Tom DeLonge Thanks Matt Skiba For Keeping Blink-182 Alive appeared first on 97.5 The Zone.