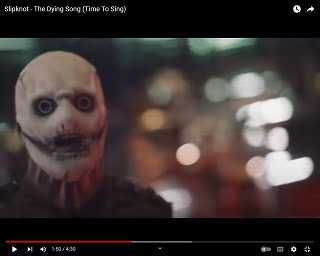 After weeks of teasing new music, Slipknot has announced a new album coming in September. “The End, So Far” is set to drop on September 30th, but diehard maggots don’t have to wait until then for new music from the band. Along with the announcement of the new album, they’ve dropped a new single from the record called “The Dying Song (Time to Sing).”

The album title seems ominous for the band’s future, but Shawn “Clown” Crahan has commented on that already, saying, “New music, new art, and new beginnings. Get ready for the end.”