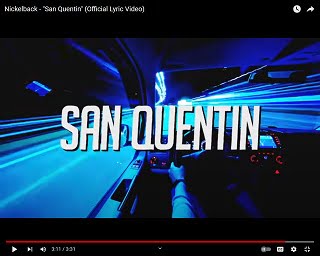 Five years after their last studio album “Feed The Machine,” Nickelback has announced a new record named “Get Rollin’” that’s set to drop on November 18th.

In announcing the album, the band has also released the first single, “San Quentin,” which was inspired by a meeting that Chad Kroeger had with a real-life warden from the prison.

In a statement, the band said, “We’ve spent the last few years making a record at a pace that gave us the freedom to create and we can’t wait for everyone to hear the new music.”